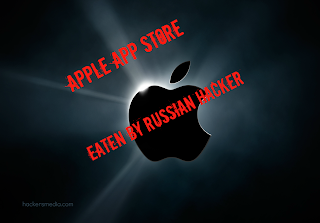 A Russian hacker has managed to find a way around the security checks in Apple's in-app purchasing system to make content sold in iOS apps available for free.

The hacker, identifying himself as ZonD80, has posted a YouTube video demonstrating how he was able to create an in-app proxy that authorises in-app purchases at no cost.

"To buy in-app content," he says in the video,"you must install two certificates and set the IP address of the DNS to a specific IP."
On a Blogger hosted site, he has asked for donations to support the development of his project. The PayPal email address he provides for receipt of funds is a Me.com address, a domain owned by Apple. Presumably this will simplify Apple's effort to identify the hacker, though doing so won't stop the spread of his code: ZonD80 notes on his blog that he has sent the source code and control of the hosting server to someone else. 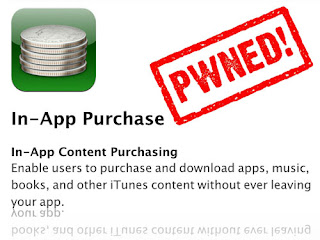 In-app purchasing has become one of the leading sources of revenue for app developers. ABI Research in February predicted that revenue from sale of content in apps will outpace revenue from selling the apps themselves in 2012.

Apple appears to be taking steps to limit the damage. Russian blog i-ekb.ru includes a note, purportedly from ZonD80, indicating that Apple has filed a take down notice with the service provider of his website.

It's doubtful that Apple will ask Google to remove the hacker's Blogger site--it isn't hosting any code so there might not be any legal foundation to request that Google remove it, unless Apple claims that the domain, in-appstore.com, violates its trademarks.

The hack appears to work on iOS versions 3.0 through 6.0, presently available only in beta form to iOS developers. But not all apps with in-app purchasing are vulnerable. Apple provides a mechanism to validate in-app purchases, in order to allow purchases to be restored on erased or new devices. Developers who have implemented receipt verification, which requires tracking in-app sales using a separate server, can query Apple to confirm the authenticity of purchased items.
Black Hat USA Las Vegas, the premiere conference on information security, features four days of deep technical training followed by two days of presentations from speakers discussing their latest research around a broad range of security topics. At Caesars Palace in Las Vegas, July 21-26. Register today.